The above beach is at Porto Covo, south of Lisbon and at the north end of the Alentejano national park. The sand was fine and the bay deserted. Bar for a few villages, and the odd ugly power station, the coastline is untouched. Houses here are either pretty blue and white, traditional style or abandoned concrete shells. It was well worth the drive following a couple of nights in the Algarve. 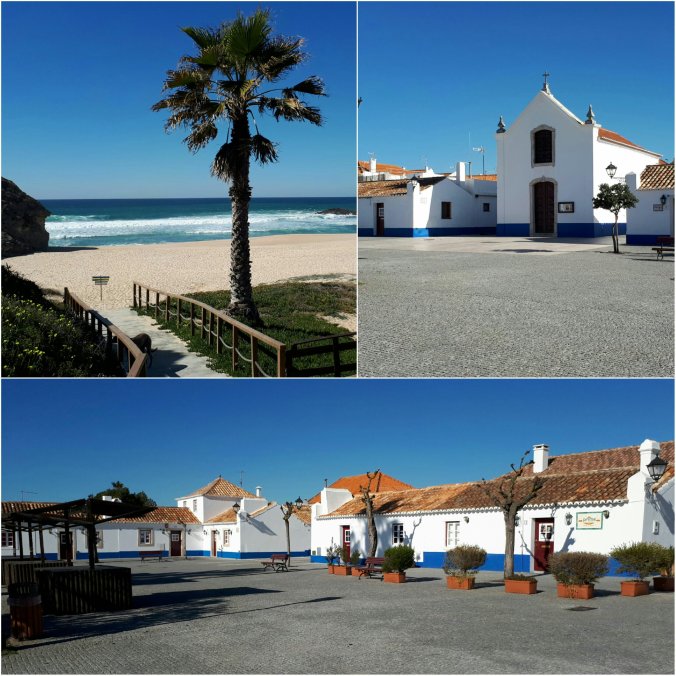 Singing in a cave after a picnic… 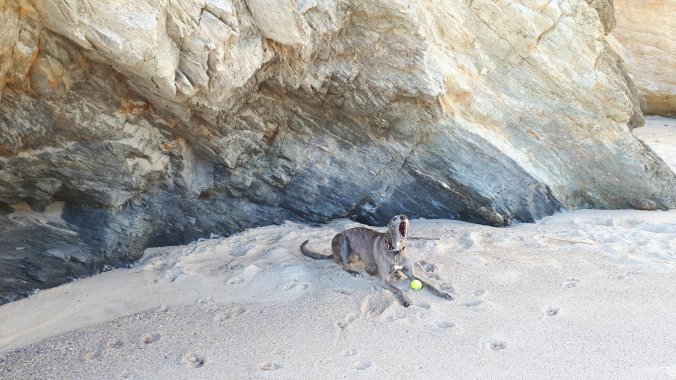 Before reaching Portugal we stopped off in Humilladero, Spain. A sleepy interior town where sheep dodged boy racers and dogs barked (a lot). It was a great place to stay for a few days. The local barman had to be persuaded to let me in but after a jolly night he was chasing us down the street to give us stickers. Yes stickers….. randomly friendly. 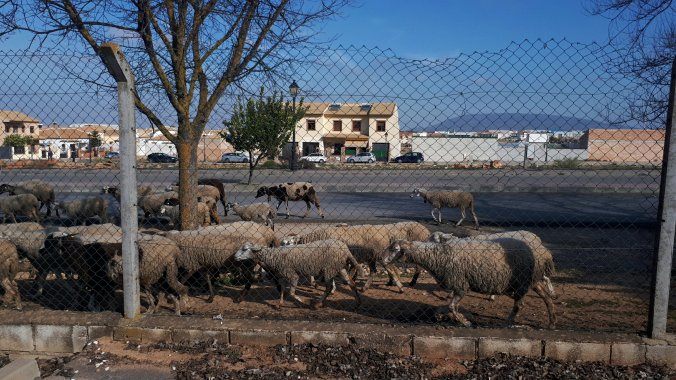 Seville, after Humilladero, was a fabulous, and unplanned, stopover. We realised there was a city centre car park for vans. For 10 euros a safe overnighter walkable to the sites. The buildings are impressive and it’s all quite compact for a mooch in the sun. Tapas and a few beers always help! 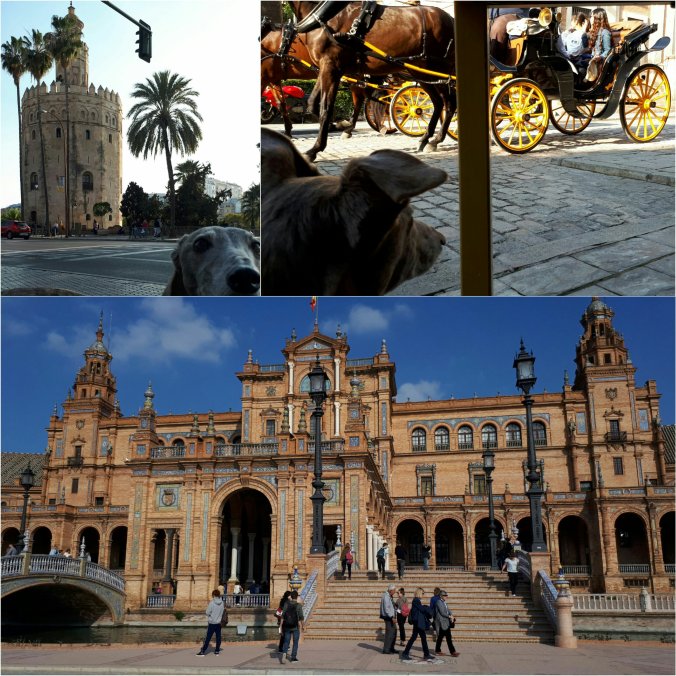 And so to Portugal and a drive up the Atlantic coast….

Dogs on site – me, yep just me. Just me on the beach too.