There are few places that live up to their hype as well as Bruges, it’s rather lovely. Even on a cold damp day in November the cobbled streets and canelside houses are wonderful to potter around. Chocolate, bars and dog friendly boats, the perfect town! 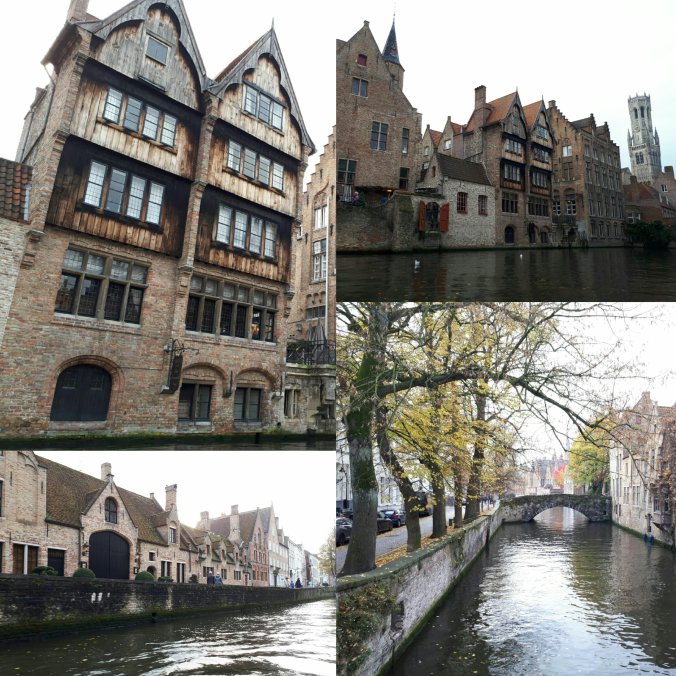 We headed eastwards through Belgium towards Germany. The roads in Belgium are quiet and the traffic polite and non-rushed. Pretty, clean towns, friendly people and an impressive cycle network. All very civilised (well the bits we saw anyway).

Skirting the sprawl of Brussels we visited Waterloo and the famous battle site. Napoleon behind me and Wellington in front. And, yes, we did play Abba when driving off…. 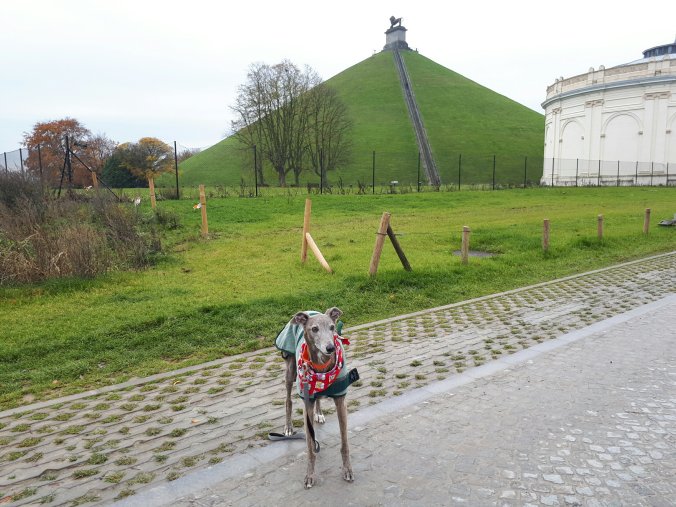 A few hours east and we stayed the night in a holiday park in the middle of nowhere (although it was questionable whether anyone had holidayed there since 1978). Then onwards to Germany and Cologne, home of P’s grandmother Hedwig.

There is a caravan site just down the Rhine within an easy cycle along the river. I snoozed, they viewed. Elaine was quite disappointed with the cathedral as she’d glimpsed it briefly at night when interailing and always had a romantic (ie delirious from lack of sleep) vision of it. She much prefers Litchfield.

Unfortunately it was also raining cats and dogs by now so few photos. The next day’s 4 hour drive was also wet and a little hairy, the Germans generally drive very fast, even in sleet down an 8 percent Autobahn descent!

This, however, is the dramatic Schloss (castle or any large edifice) of Kassel and it’s beautiful grounds. A very handsome town.

Dogs on site – none as we overnighted in the Schloss car park. It’s common in German towns so not as scary for us wimps.

3 thoughts on “Bruges to Germany”