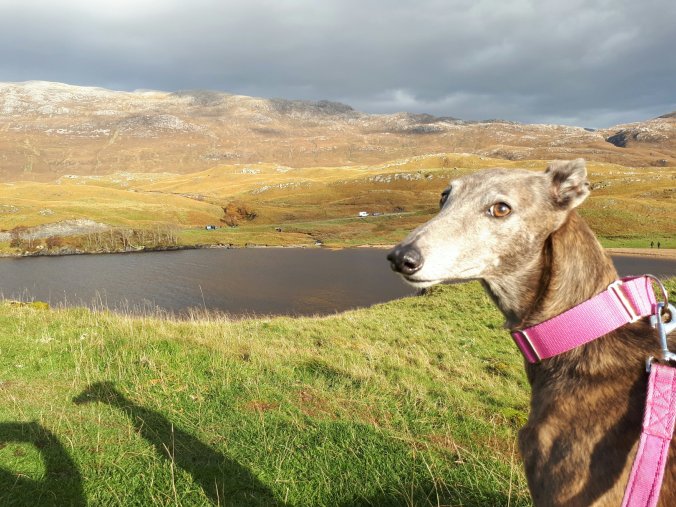 From Stonehaven we headed further north along the coast to the shores of the Moray Forth. Burghead, a small fishing port for dolphin spotting… 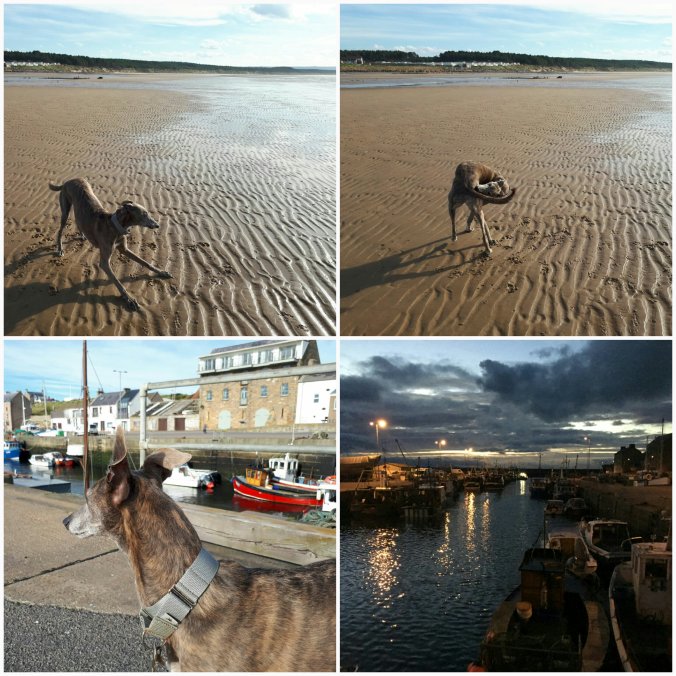 This was to be our last stop off before driving most of the North Coast 500 route (as the obvious road round the top of Scotland is now dubbed). Next would be more fruitless dolphin spotting at Fortrose and a few hours drive up the A9 towards Dunbeath. Caravan sites were starting to close for the season so our stops were determined by where we could spend the night. Wild camping was possible on the west but not so easy on the east or top (especially for a larger van with an unreliable security dog)

John O’Groats was a big tick moment but there was little there bar a non dog friendly cafe and some souvenir shops. Well it was October and you could see the Orkneys at least. 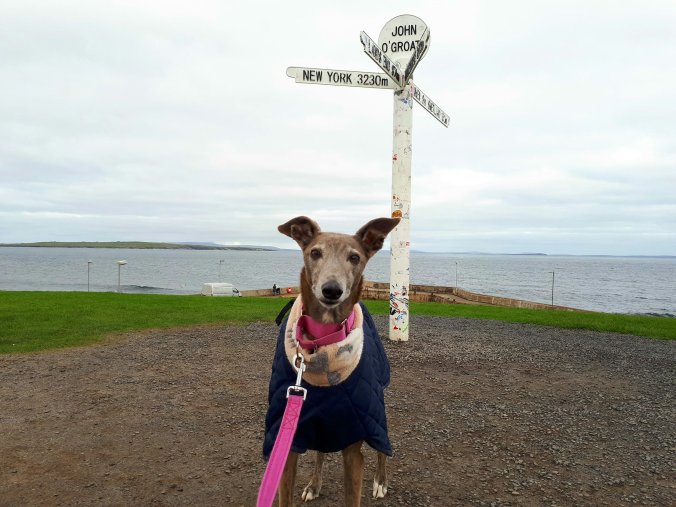 The very top of Scotland is where the route really starts to become interesting. The roads are narrower and freight free and the scenery opens out. From Dunnet Bay to Durness the craggy winding coast was spectacular. But by far the most dramatic section was to come, south from Durness to Ullapool via Loch Assynt (with Ardvreck Castle in the photos). Around 70 miles of empty roads through the beautiful Highlands. 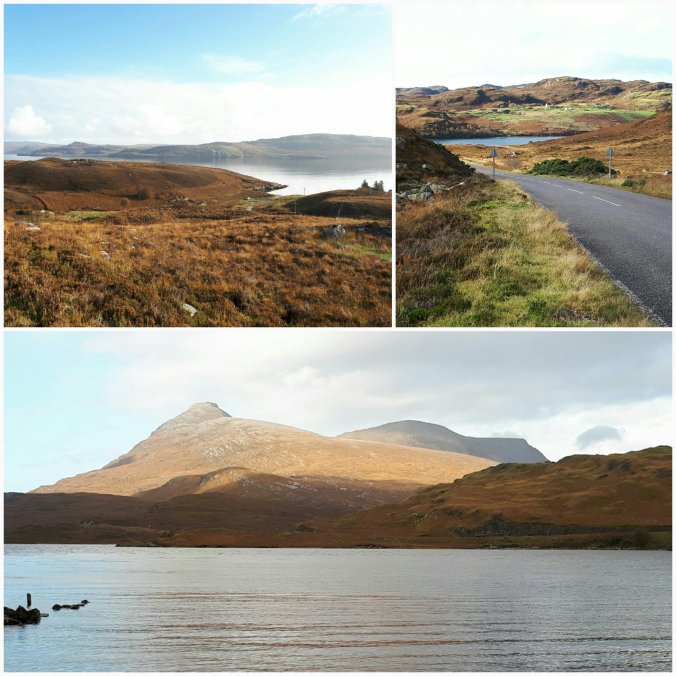 It was ridiculously picturesque and exactly how you would expect the highlands to be. This section also had a lot of smaller and safer wild camping points for the more adventurous than us. It’s hard going at times but so worth the effort. 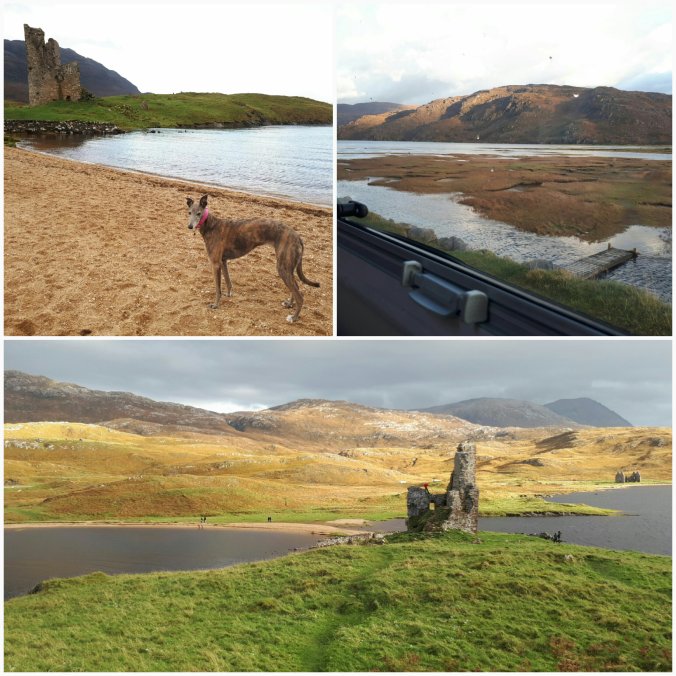