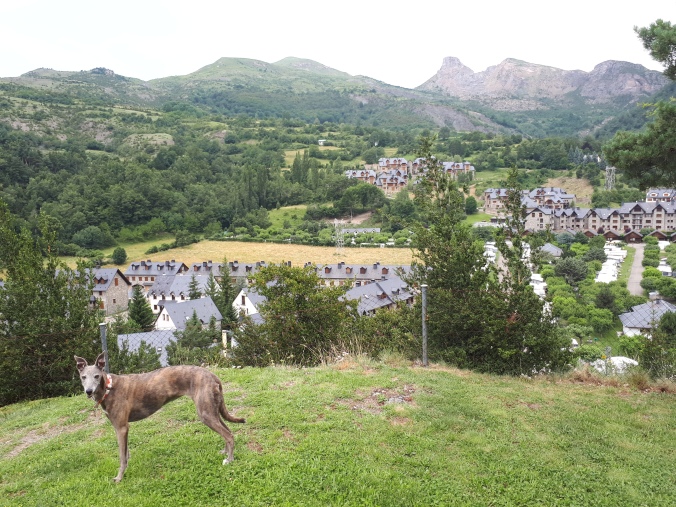 So after a fabulous three weeks in Cadaques we moved to Cala Llevado on the Costa Brava. It was perfectly lovely but possibly the noisiest campsite in the world and stifling hot. Over 30 degrees was forecast so out came the crinkly, never correctly folded map and off we headed. Figuring higher ground was the key to wearing jumpers again we headed for the mountains. Bielsa in the Pyrenees to be precise. A few days there and a few days further on in Escarillo were perfect. Two beautiful, and cool, spots to pitch up. 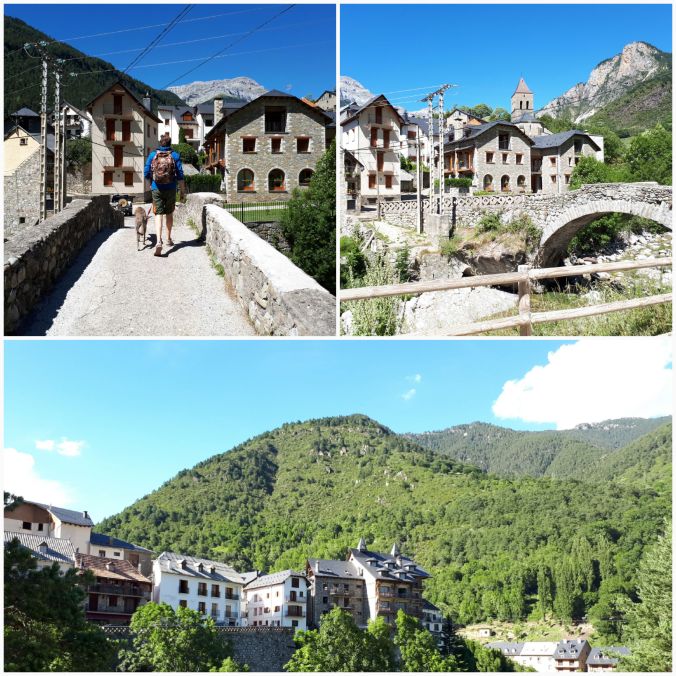 By now my insect bites should have cleared but they hadn’t and my neck was increasingly swollen. Rather than head to France, as planned, Elaine decided we needed to be in a larger Spanish town to see a vet. This way marginally less arm waving and blank confusion at foreign language would occur.

3 vet visits, a biopsy (clear) and many more drugs kept us close to Irun for a week. The vets were fantastic and politely tolerated my lupine howling whilst recovering the anesthetic. I am now fine albeit with a manky neck. 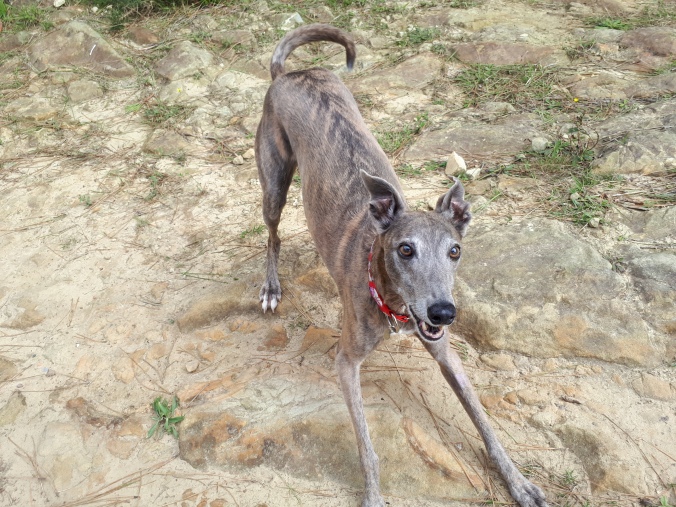 Having the all clear from the vet meant we could finally dash (trundle in the van) 250km back to France and some of the Tour de France. Obviously not for everyone but it was fab fun to see a start and a hill stage. And, of course, for my two chumps to ride part of a stage it was thrilling. 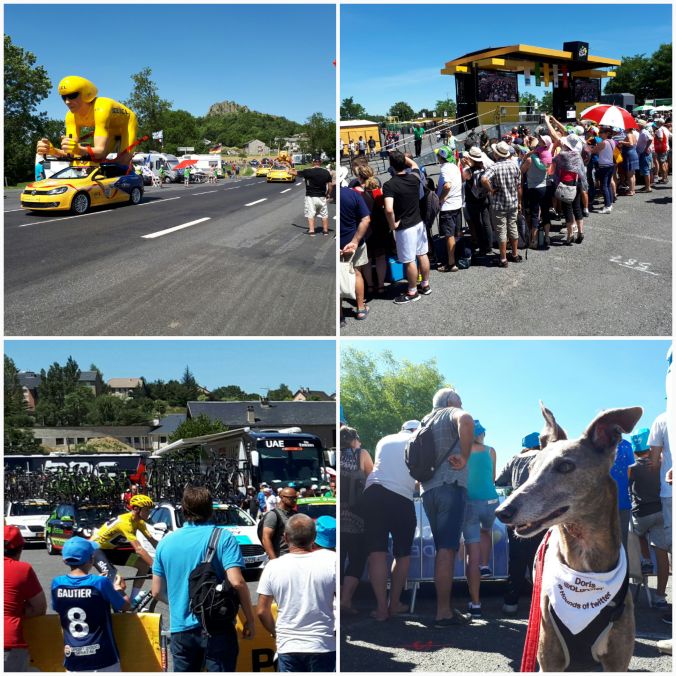 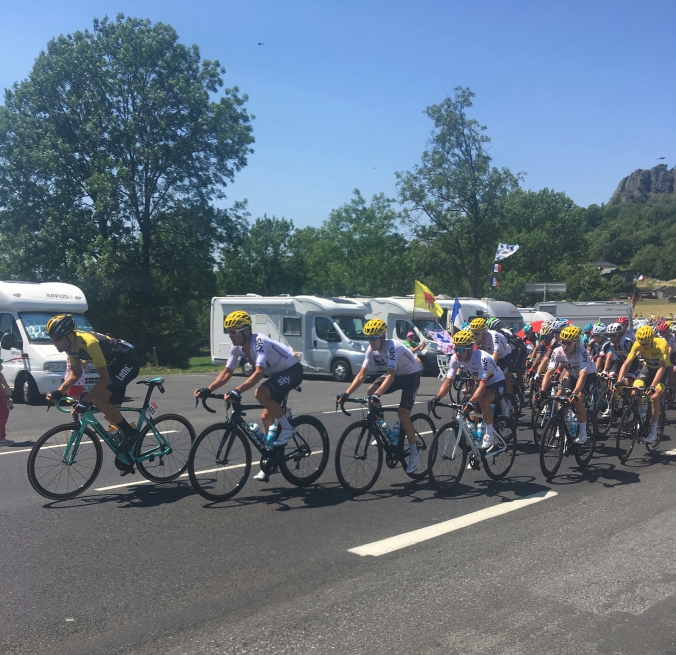 Dogs at the Tour – loads, beagles, yorkies, huskies, you name it.
Instruments in caravans so far – Guitars, goes without saying. Electric guitars with amps, turned up to 11. Ukele. Accordian. Harmonica. Drums – yep a full kit in a van!

4 thoughts on “The Spanish Pyrenees, more vets and Le Tour”